Renting with pets: 5 top tips for finding the perfect pet-fr...

Tenants in most regions saw average incomes increase. The biggest hike was recorded in the North West, where tenant incomes increased by 12% from £19,609 to £22,022 on average.

The South East saw a marginal 0.5% decrease, but the only sizeable reduction in average tenant income was recorded in the West Midlands. Salaries in the region dipped by 6%, taking earnings down from £24,141 to £22,663, on average. 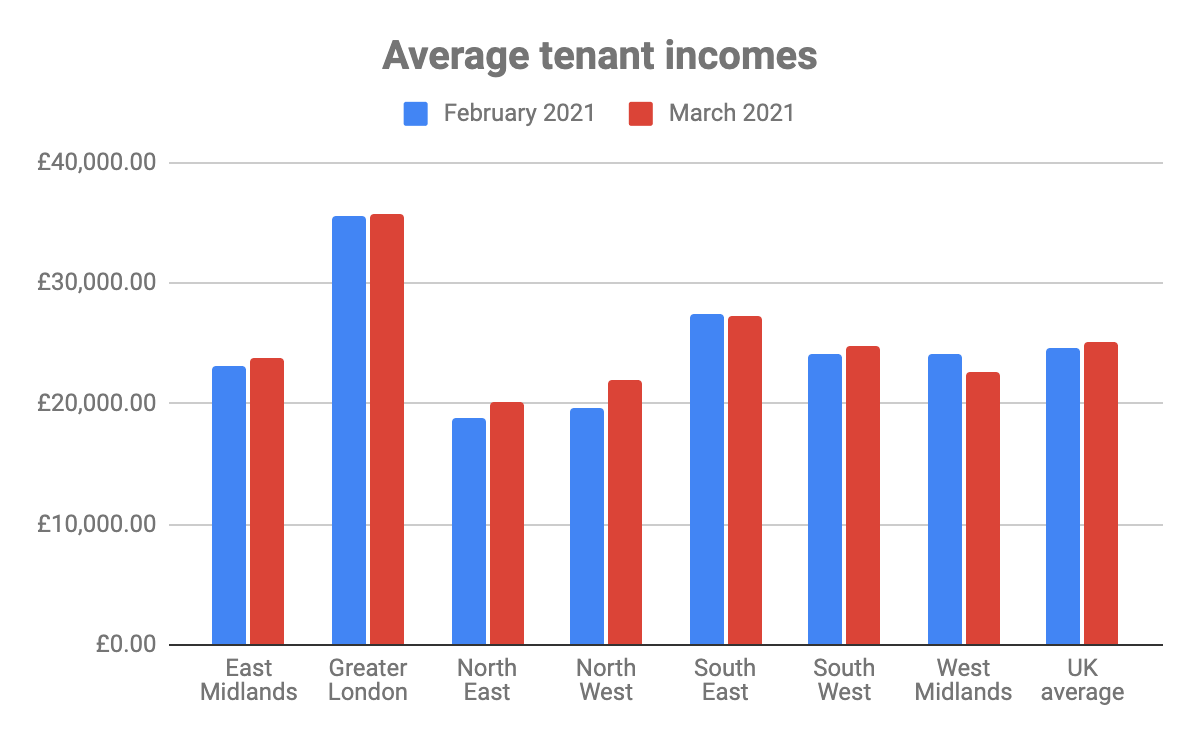 Each region monitored by Goodlord saw an increase in the average cost of rent during March, the first time we have seen such a uniform increase across England since July 2020.

The largest shift was seen in the East Midlands, where rents rose by 3.2%. This was followed by the South East, which saw a 2.3% increase.

The West Midlands, South West and North West all recorded increases of less than 1%.

Greater London and the North East saw increases of between 1% and 2%.

The average cost of a rental property in England is now £885 per property, per month, up from £872 in February, according to Goodlord.

The average void period in England remained at 21 days during March, marking no change on the February average.

The picture was slightly choppier in the individual regions. The East Midlands, the North East, North West and South East all saw falls in the average void period. However, voids increased in the South West and the West Midlands.

Tom Mundy, COO at Goodlord, commented: “As we start the process of lockdown easing, the rental market is particularly buoyant. It’s really encouraging to see tenant salaries start to increase and for average rents to be holding firm, along with voids.

“There are still uncertainties on the road ahead, particularly for agents and landlords handling student lets, but the underlying strength of the rental market is clear from the latest figures and we expect to see a strong summer of activity.”

Can't find what you are looking for?

Our helpful team are on hand to answer any queries and concerns you may have.

Renting with pets: 5 top tips for finding the perfect pet-fr...